Beyond technology: Atlassian makes its move

Atlassian CMO Robert Chatwani spent much of his career at eBay, and sees surprising similarities between the two global businesses.

Robert Chatwani was not an obvious choice to be named CMO of Australia’s most successful technology startup. The US native had spent 12 years at online auction site eBay and had a distinguished record in consumer marketing. Atlassian, founded by Sydney-based engineering entrepreneurs Mike Cannon-Brookes and Scott Farquhar and launched on the US Nasdaq in 2015, is a $12 billion business built on B2B software for developers – particularly JIRA and Confluence.

Although Atlassian has achieved global success, a B2C specialist such as Chatwani would have been long odds to take on the top marketing role. “Our company [eBay] was a large customer,” says Chatwani, who started at Atlassian in April. “I was always familiar that Atlassian products were helping our teams get work done. But being a consumer marketer, I wasn’t deeply knowledgeable about the company at that time.”

That changed after Chatwani was introduced to Atlassian president Jay Simons.

“The first thing that struck me was, remarkably, the culture that Atlassian has built,” he says. “I’ve always been attracted to purpose-driven organisations with a great culture, so I think that’s what opened the door for me to learn more.”

Chatwani says Simons explained to him to way Atlassian’s products had transformed teams and companies. “I got to learn more about the mission of the company,” he says. “Then I got excited about the role that marketing can play to help shape and scale the organisation.”

Based in San Francisco, Chatwani says the move from eBay to Atlassian was not as dramatic as he anticipated it might be. “What’s interesting is although we’re a software company, we’re an enterprise company – and we don’t have a traditional sales force,” he says. “This means the relationships we build with customers or prospective customers digitally is really important. It also means marketing plays a really big role in helping maintain that relationship, drive traffic and convert customers.

“As I thought about the next phase of the company’s growth, it was pretty evident that scalable digital marketing and building a great brand were going to be kind of key inputs into helping to scale Atlassian.”

Atlassian’s capabilities reminds him of eBay 15 years ago. “In ecommerce, there was a dramatic shift in marketing’s role to drive growth, and I haven’t seen that same thing play out in B2B,” he says. “I’m really excited about the role we can play to evolve the way that B2B marketing works.”

In line with what he has seen in ecommerce, Chatwani says a major focus will be improving Atlassian’s customer experience. “If you look at Amazon and its evolution over the last decade, it’s dramatically different from what happens in the traditional B2B buyer experience,” he says. “I’m really excited about not just evolving Atlassian, but looking at the entire B2B space evolve to become much more consumer-centric in how we go to market.”

No sales team, no worries

So how did a successful enterprise marketer find moving to a company that didn’t have an outbound sales team? “Well, it’s hard to believe, so it absolutely intrigued me,” says Chatwani, an MBA graduate from the highly regarded Haas School of Business at the University of California, Berkeley. “What I came to appreciate is that when you have a great product, and you remove the friction, meaning the ability of customers to learn about the product, a sort of magical thing happens – you’re able to build a really trusted relationship with that customer.”

Chatwani says the sales-free approach has been a vital part of Atlassian’s core consumer promise and allowed it to build a powerful growth model. He doesn’t see any reason to recommend a change now that he’s CMO. “As the company continues to grow in scale, we’re not really dramatically changing our ‘go to market’ model,” he says. “Continuously improving the customer experience is something that’s really important.

“I think the reason it works is one, it’s a great product. Second, it’s very low friction. Third, the pricing is really accessible, which brings down the risk for a potential customer to try our products. I call it ‘disruptive pricing’.”

Chatwani says Atlassian is pushing hard to move beyond tech-centric customers into every part of an enterprise. It’s one of the reasons Atlassian recently launched a workplace communications tool – Stride – to complement its other offerings, Trello and HipChat*. He sees Atlassian as a key player in helping work teams communicate and collaborate.

“One of the things we’re most excited about as a company is the relevance of our products to all teams,” he says. “Atlassian has its roots in helping software and IT teams, but if you look at the role our products have played for those companies, it’s been to help teams get closer together and have a shared system of work. The fundamental challenge of better teamwork is relevant to all teams inside of a company: not just software teams and IT teams.”

He says Atlassian’s change in focus has been led by its customers. “It’s remarkable how our customers are actually pulling us in that direction,” he says. “Our customers are telling us, more so than ever before, that they’re seeing teams work across the company – marketing working with data science, analytics working with engineering, the finance teams working with HR teams – in ways that have never been done before. We’re excited about helping those companies and organisations connect more effectively internally, which we believe leads to better teamwork.”

Chatwani admits that moving into broader-based productivity tools puts Atlassian in a battle with giants such as Microsoft. While acknowledging the success of tools such as Office and Excel, Chatwani says the new “knowledge worker” requires technology that offers greater opportunities for working openly and collaborating across and within teams.

“When I look at a lot of organisations today and the technology they use, knowledge is often trapped,” he says. “It’s on the hard drives or laptops of individual employees or users within the company, and it’s difficult to access in teams or by teams or by a broader organisation. It’s getting hard to collaborate effectively because of those silos.

“One of the things we really believe is that companies have an opportunity to open work up so they can share more collaboratively across the organisation. It’s how we work within Atlassian. When you do that, and when you have products that help you work in a more open way, we think that, in a sense, it’s remarkable [and has an] energetic impact on an organisation.”

So who does Chatwani see as Atlassian’s biggest competitors?

“We spend a lot of time talking about this,” he says. “If you take any one of our individual products, the reality is that we’re in a very competitive space. But, to be honest, my perspective is that our biggest competitor is inertia in terms of how companies work today. Most individuals in companies have a standard way of working. It’s really difficult to change not just the software products [they] use, but also the practices.

“Our belief is that our tools help companies work in more open, integrated ways, and our biggest challenge is really education and helping companies understand how they can move away from more traditional ways to more networked ways of working. A big part of our time is spent on content marketing, education, engagement and case studies that are helping customers understand how to transform.

“While we keep a really close eye on competitors, we know that we’re just at the beginning of this transformation of helping companies change the way they work.”

Another thing that has impressed Chatwani since joining is Atlassian’s corporate approach, especially the way it makes decisions.

“We have a really open culture and a value-centred culture, so it’s quite remarkable,” he says. “Our founders [Cannon-Brookes and Farquhar] and Jay, our president, play a very balanced role of ‘leaning in’ to tough calls and tough decisions that are big bets for companies, and then ‘leaning back’ on decisions where they know they have remarkable people they’ve hired around them to help drive growth in the business.”

He says Atlassian’s senior leadership shows a “tremendous amount of trust and confidence” in its management team. “We make a lot of small decisions constantly and evaluate them, and we’re very honest with ourselves in terms of how effective they were,” he says. “It’s almost like a continuous agile decision-making cycle as opposed to a traditional kind of monolithic approach.”

Despite now having a presence in all world markets, Atlassian tends to make most of its decisions globally, Chatwani says. “We have some customisation in local markets, but in terms of our marketing organisation and most of our go-to-market teams, we think about everything globally today. We have a tremendous amount of travel within the company that makes everyone feel connected.

“Remarkably, when I was at eBay, we had nearly 200 million customers around the world. It’s a very global company. In many ways, I feel that Atlassian is more globally integrated than even eBay was. We operate like a single global company despite having teams throughout the world.”

Update: In July 2018, Atlassian announced the sale of its corporate chat tools to Slack, exiting the business communications space. 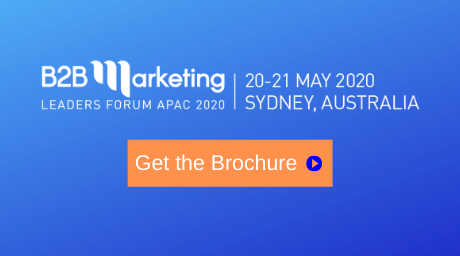