One of the most competitive fields in B2B is in internal communication technology. Once the chief domain of IT teams, cloud-based apps and browser-based platforms have become vital tools for enterprises to communicate across silos and borders, especially marketing teams spread across regions such as APAC. You can buy letter of recommendation and read more about why it is so important, as well as about the specifics of regions in work in the marketing field.

In a crowded field that includes offerings from heavyweights Microsoft (Teams) and Google (Hangouts), a darling of the pack has been Slack, which has accumulated more than 5 million daily users since its 2013 launch. In recent months, Cisco and Atlassian have made changes to their suite of communications tools and are expecting to challenge the established order*.

Cisco recently announced that is has added artificial intelligence-powered voice recognition to Spark, which offers team messaging, video calling and video conferencing. There’s also the potential to integrate to its Spark Board – a touch-based collaboration device. Mark Phibbs, Cisco’s CMO for Asia-Pacific Japan, says he will be using his 140 staff in the region as a hero use case for Spark.

“Many people who use Spark don’t use email very much,” Phibbs says. “It takes over about 80 per cent of the tasks of email because you have this constant flow of communication between members of the team.

“I think marketing is an amazing function to use that, from a collaboration point of view. When working on a new creative often you need input from various people, and it really facilitates that.”

Business software company Atlassian, which established its tech team messaging credentials with the seven-year-old Hipchat platform, has expanded its comms tools. Although it bought popular productivity app Trello at the beginning of 2017, Atlassian has recently launched Stride. It includes many of Hipchat’s main features as well as the ability to host native audio and video meetings, plus task and decision tracking. What sets it apart, says Atlassian, is its focus on creating actions, not simple messaging. It has a “focus” mode that intelligently collates any important messages you might have missed, and a facility to mark “decisions” while in messaging or chat mode.

Atlassian CMO Robert Chatwani says Stride aligns with his company’s philosophy of open work – and not just within tech teams. “Messaging and chat have become quite prolific; for many organisations, it’s just a very standard way of working day to day,” he says. “We think one of the challenges of that is in many instances, it’s quickly become a new form of email.

“The way we view it that messaging is a way to get to outcomes, not somewhere where you should be spending a significant amount of your time interacting.”

Chatwani says Stride and Trello are complementary while serving different user groups. “Stride is really centred on messaging while Trello is more of a system of record for teamwork,” he says, “and they’re both very mobile-centric.”

HipChat will continue to be available as Atlassian’s “on-premise data-centre solution”, especially for those organisations that haven’t moved fully to the cloud. “We will continue to drive innovation in HipChat for companies in regulated industries, or governments and financial services where they’re not in a position to be able to migrate to the cloud. We have now two offerings around messaging, both of which will effectively give customers choice.”

Update: In July 2018, Atlassian announced the sale of its corporate chat tools to Slack, exiting the business communications space. 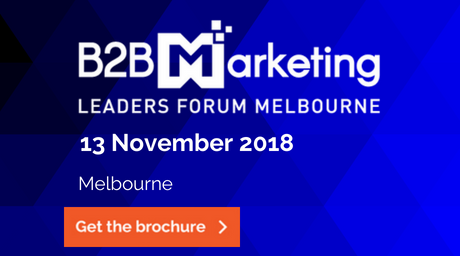